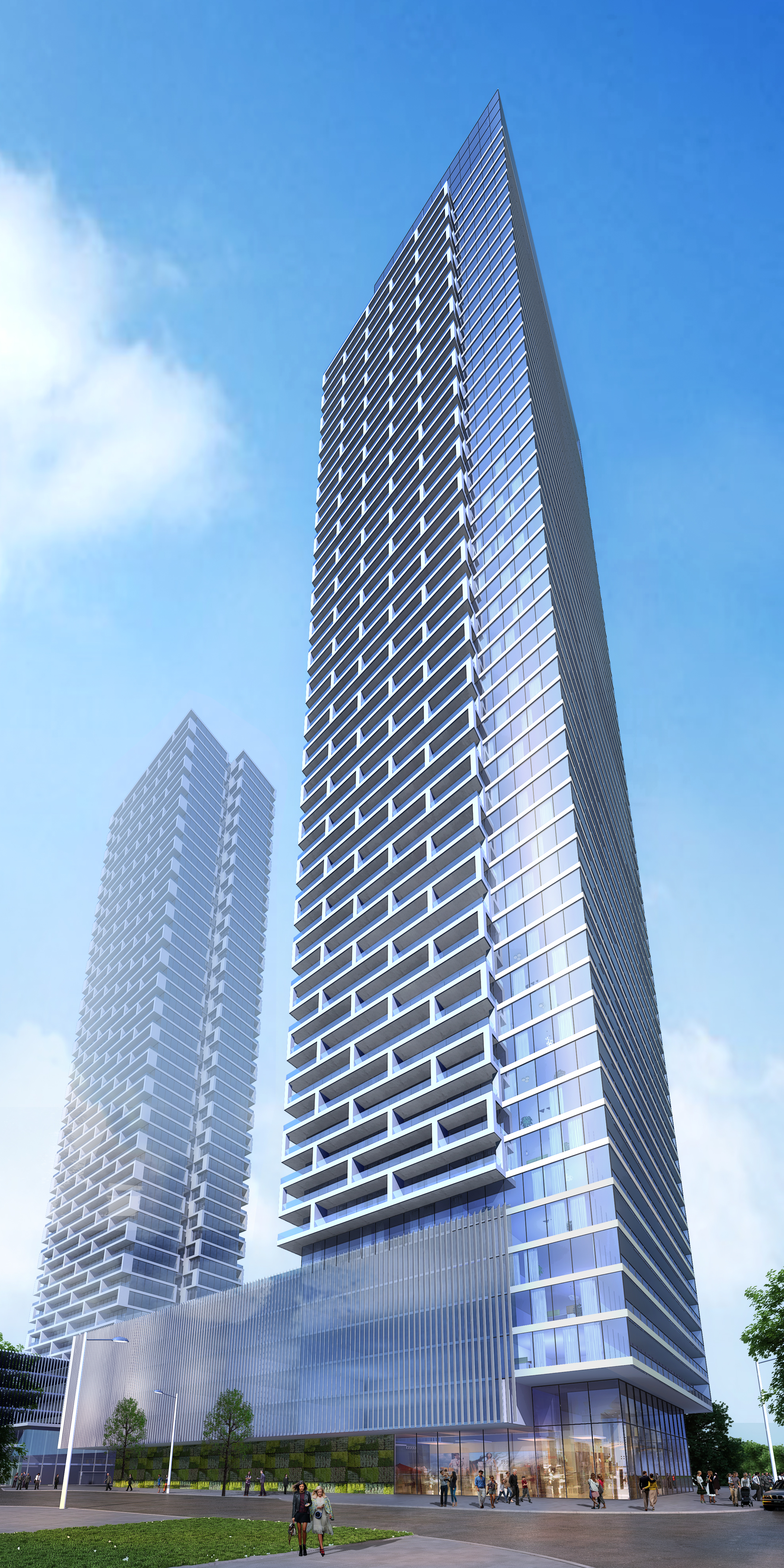 The tallest residential tower in all of York Region located on smartcentre’s 100-acre land! With architecture by Diamond Schmitt and interior design by Claude Cormier + Associes, Transit City wlll be incomparable. The building will include 553 suites that will be bigger than Toronto’s average sizes.

Ground level will include Bar BUCA which will be BUCA’s first outside of Toronto. It'll offer food at all day. Also beside Transit City is a 9 storey tower filled with a YMCA, Vaughan Library, and offices. Transit City is partnering with YMCA and offering each suite a membership!

Vaughan Metropolitan centre will become Vaughan’s downtown core. The VMC Subway Station will be located right beside Transit City Condos connecting you to all of Toronto. This will be an exciting addition to Vaughan that will contribute to the community.

Vaughan Metropolitan Centre is a 442-acre redevelopment. Plans include entertainment, retail and shops, hotel, convention centre, offices and more! Creating a pedestrian friendly environment is also a priority for the redevelopment. On the plan is a 9-acre park that will be right in the centre.

Right beside the subway station you won't get a closer option! Transit City is 5 minutes to York University, 15 minutes to Yorkdale, and 43 minutes to Union Station! Transit is endless with the TTC VMC Subway Station, Inter-Regional Bus Terminal, and Vivanext Bus Rapid Transit Station all to open late 2017. Also located near Hwy 7, Hwy 400, and Hwy 407, commuting will be a breeze.

Transit City Condos is steps away from the everyday necessities of shopping and fitness to luxurious nightlife and entertainment. Located in the area is a movie theatre, Vaughan Putting Edge, local clubs, Dave & Buster’s, amazing eateries, and so many more amenities being developed for all ages.

With the redevelopment Vaughan is considering the addition of 4 more schools. Schools currently nearby include:

This location provides an ease for university students! With the TTC VMC Subway Station, York University is only a 7 minute ride away and other Downtown Universities can all be accessed by the University line.

Transit City is the first tower to come! There are many exciting opportunities coming to VMC.